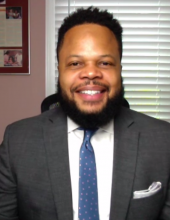 Glen O’Gilvie has served as the Center’s CEO since 2008, providing leadership in education, networking, advocacy and funding to support nonprofits throughout our region. A leader with more than 20 years of management experience in the National Capital region’s nonprofit sector, Glen is passionate about addressing the issues affecting people and communities.

Before joining the Center, Glen served as President and CEO of Earth Conservation Corps, Program Officer at The Community Foundation for the National Capital Region and National Coordinator at the Robert F. Kennedy Memorial. During his tenure at each organization, he strengthened programmatic and administrative infrastructure and forged partnerships with nonprofits, government, foundations and corporations to advance each mission and increase outcomes.

Glen holds a bachelor’s degree in sociology, a master’s of education and has completed various nonprofit management and leadership training and certification programs, including Harvard University Kennedy School’s Leadership in the 21st Century. In 2015, he accomplished the Certified Association Executive (CAE) designation. He also serves as a nonprofit management, fundraising, and leadership and management adjunct professor.

Glen resides with his wife and two children, Delaney and AJ, and is active in youth sports and education enrichment.

An event to remember… and learn from

The Center recently hosted our 43rd Annual Celebration. Many aspects of our preparations for the…

In the Month of November, the VitalHealth team hosted the Keep it Up Wellness Challenge…

Chairman & CEO of Sage Policy Group, Inc., Anirban Basu is one of the Mid-Atlantic region's…