Recognizing public officials who champion the work of nonprofits

The Phyllis Campbell Newsome Public Policy Leadership Award was named in honor of the Center for Nonprofit Advancement’s former director of advocacy and community relations after her untimely passing in 2003. The award was created to highlight the work of elected and non-elected officials who have gone above and beyond in partnership with the nonprofit sector to ensure more vibrant communities.

Each year, the Center honors four public officials with this award. One official is recognized from each of the jurisdictions the Center supports including, the District of Columbia, Virginia, and Montgomery and Prince George’s counties.

Congratulations to our 2022 winners! 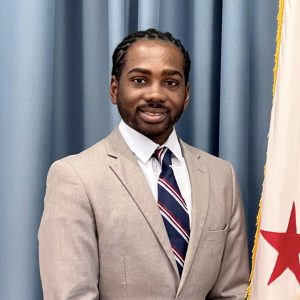 Mr. Trayon White, Sr., a native Washingtonian, was born and raised in Southeast, DC.  Mr. White is a proud father, a community advocate and a friendly neighbor to his fellow Ward 8 residents. In 2008, Mr. White founded the role of Executive Director of a youth oriented non-profit organization, HICKS, Inc. (Helping Inner City Kids Succeed), which creates activities for youth development in some of Washington’s toughest neighborhoods. His service earned him the President Barack Obama Volunteer Service Award in 2010. Mr. White was elected to the State Board of Education for Ward 8 to complete the term of the late William Lockridge in 2011 and was re-elected in 2012. Being a community leader and positive example for all youth in Ward 8 and across this Nation’s Capitol motivated him to run for the DC Council to represent Ward 8 in 2015. In 2016, Mr. White upset the incumbent by energizing non-traditional voters through his “We the People” campaign. On January, 2, 2017, Mr. White was sworn in as the Ward 8 Councilmember. In 1995, David was elected the first African American Mayor of the Town of Bladensburg, where he won only by two votes: a fact that he would continue to reference throughout his career to underscore the importance of civic engagement. From 2002-2008, he served as a member of the Prince George’s County Council, ending his tenure as Council Chair. As a Council Member, David committed to his “Community First” agenda, tirelessly working to create a cleaner environment, attract local businesses, support community policing, and build neighborhood schools for the communities of District 5 and throughout Prince George’s County. In 2008, David was appointed to the state senate. As a senator, he passed over twenty bills, chaired the Task Force on Physical Education and co-chaired the Green Caucus. In 2012, David was named President and CEO of the Prince George’s County Chamber of Commerce. This is his third time winning the prestigious Phyllis Campbell Newsome Award. 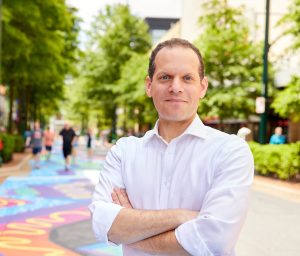 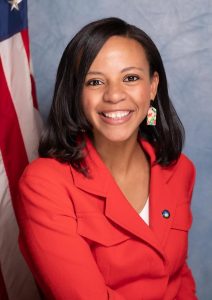 Alyia Gaskins, a tenacious fighter for families, communities, and health equity, was elected to City Council in 2021 and is serving her first three-year term. She is dedicated to building a healthier, more prosperous Alexandria for all. Alyia represents the Council on several local and regional boards, some of which include: Audit and Finance Committee; Health and Safety Coordinating Committee; Inova Alexandria Hospital Task Force; Landmark Community Development Authority Board of Directors; City Naming Committee. As a public health strategist and city planner, Alyia has worked on hunger policy at D.C. Hunger Solutions and health issues at the National League of Cities, as well as managing an affordable housing investment program at the Center for Community Investment. Prior to her election to City Council, she served on boards such as (but not limited to) the Virginia Fair Housing Board, the Alexandria Transportation Commission, the Alexandria Chamber of Commerce Government Relations Committee and the Hunger Free Alexandria Steering Committee. She also volunteers with her church, National Community Church.

How do I nominate someone?

For the 2022 award, please fill out this form to complete a nomination.

Each year, the call for Newsome Public Policy Leadership Award nominees opens in August. Members of the nonprofit sector are invited to nominate public officials who have shown great leadership on behalf of the nonprofits in our region, by completing a brief nomination form that includes up to 250 words about why the nominee deserves the award.

How are winners determined?

After the deadline, nominations are tallied and the winners of each jurisdiction are notified. They receive their award and recognition at the Center’s Annual Celebration.

Who has won in the past?

Meet the winners of the past three years:

Has a public official gone the extra mile for your organization or cause?

Adanech Devenouges joined our team on August 1. In addition to her wide-ranging work experience,…